Postgres has been around for a long time in the DB space. Known to be a very reliable and sturdy technology even considered boring to some. But we were lucky enough to have Álvaro Hernández on to talk to us about Postgres innovations that are coming our way. If you want to re-watch the original click here. If you don’t have time, give this article a read.

Álvaro is the founder and CEO of OnGres which essentially means “on Postgres”. Apart from offering professional services like support and training one of their main focuses is R&D. They try to actively innovate on Postgres. Apart from community work of which he is an active member of. Álvaro has also founded a nonprofit in Spain to promote and develop Postgres, they organize a conference every year in Ibiza, don’t miss it. He’s also an AWS data hero.

How Álvaro got started with Kubernetes

Álvaro got started with Kubernetes the same way many people do, by trying to solve a problem. Postgres is very easy to download and run on your local machine, but it’s a very different story when we’re talking about running Postgres in production at the enterprise level. He quickly saw that there was a need for automation and finding a way to lower the time of installation and management of Postgres in different environments. Once Álvaro and his team discovered Kubernetes, this powerful orchestrating system that will offload the complexity of setting up, managing, configuring and implementing enterprise scale Postgres environments they’ve never looked back. And now they have developed a software stack StackGres, to run Postgres on Kubernetes the easy way.

Posgres is rock solid, reliable it just won’t let you down. Take it from Kelsey Hightower.

Even though Alvarado agrees with Kelsey Hightower he also wants to make clear that even though technology can be boring and reliable at its core, it can still innovate and that’s what he and his team work tirelessly to do.

Postgres has grown in many areas, but there are some core areas that Postgres hasn’t such as deployment and automation. There should be ways that engineers that leverage Kubernetes to use full Postgres functionalities without knowing the in’s and out’s of the technology. This is how they plan on adjusting that. 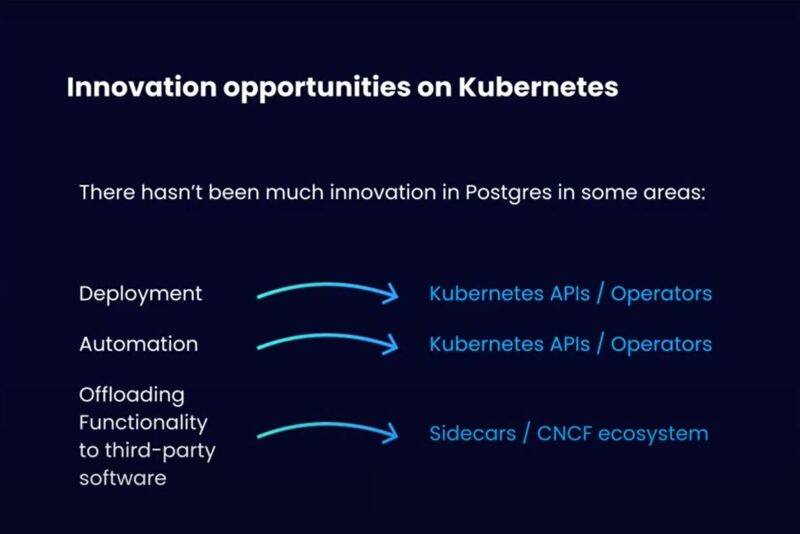 Going about the idea of innovating Postgres in six key areas.

There are many upsides to taking workloads like monitoring for example and running them elsewhere. You can free up CPU by offloading CPU-heavy workloads like SSL. Let Envoy take the monitoring and SSL task and let Postgres focus on the boring part. 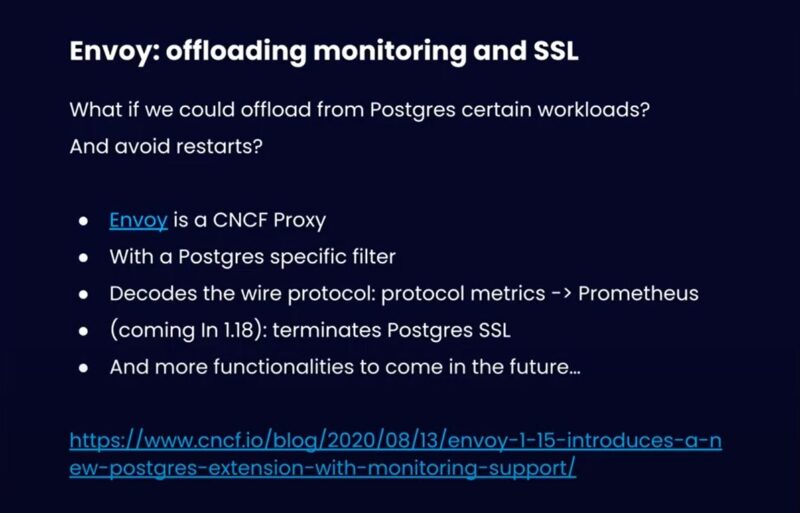 How it would looks: 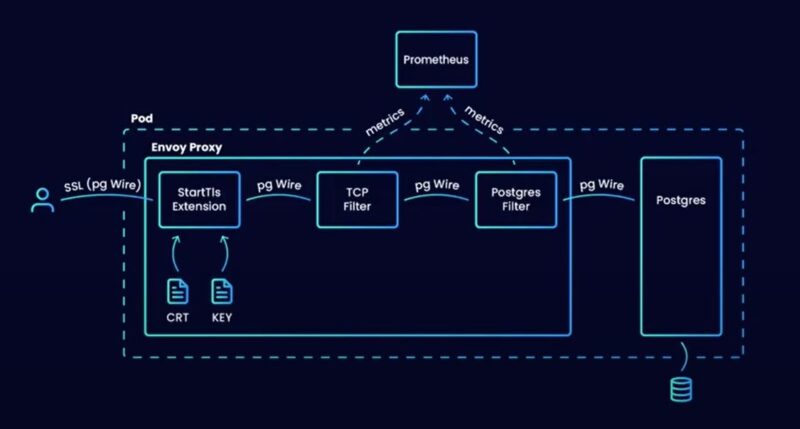 Much needed when you are troubleshooting a 16 node Postgres cluster. 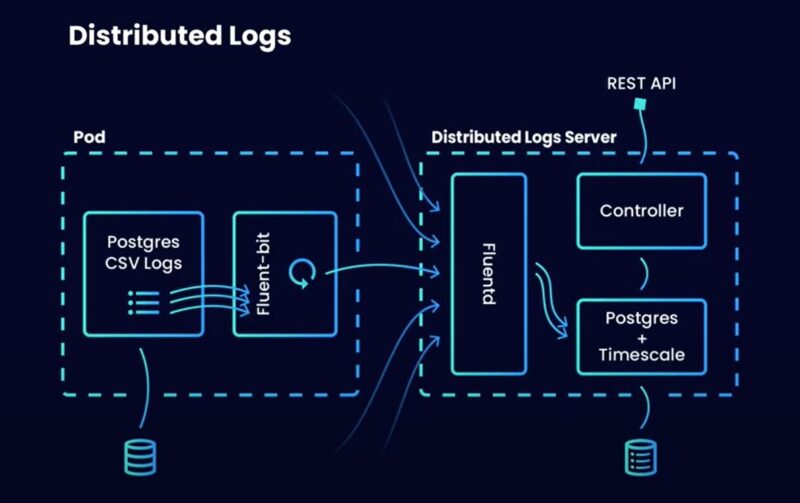 A container is not a slim vm, there is no need to take your Postgres vm put it into a 1 GB container and run it. There are better ways, this is a better way. 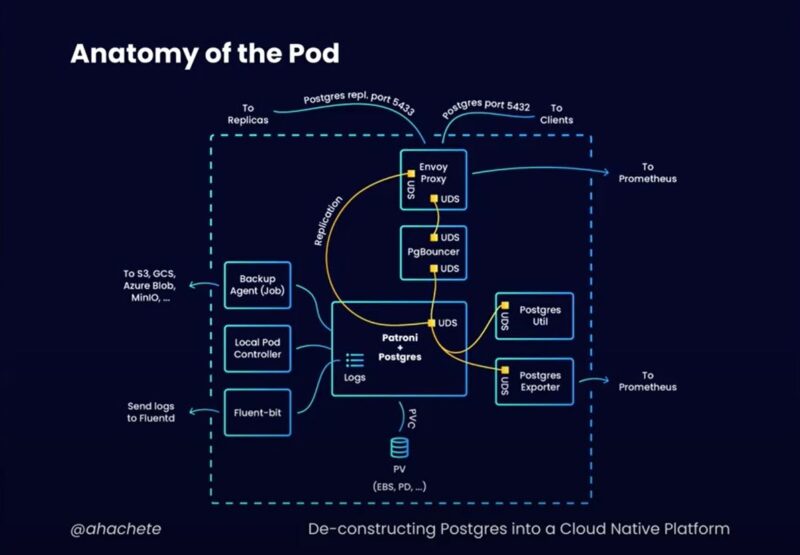 And this is what your architecture could look like 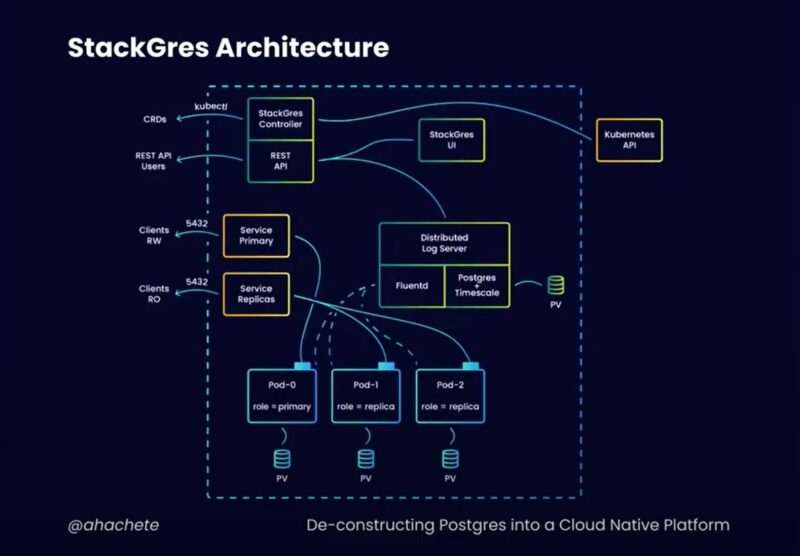 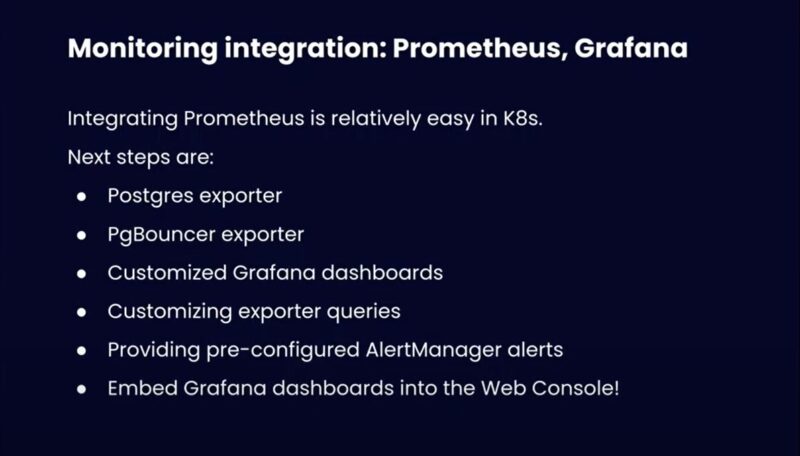 There aren’t many Web UIs for Postgres cluster management. And instead of having an external auth pool. Postgres is going to use the existing k8s RBAC and alongside the StackGres web UI authenticate users that way. 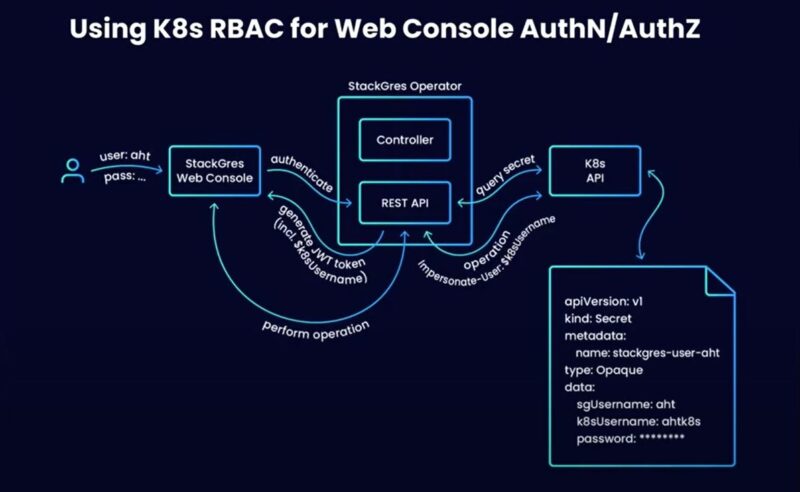 One of the goals is to widen the Postgres user base, but not too many people are Postgres experts. To manage a production Postgres cluster you need a lot of expertise, but of course many of the tedious maintenance tasks could be automated. So here, there have tried to take the most frequent operations and automate them. Now all of your automated tasks can be a YAML file away. 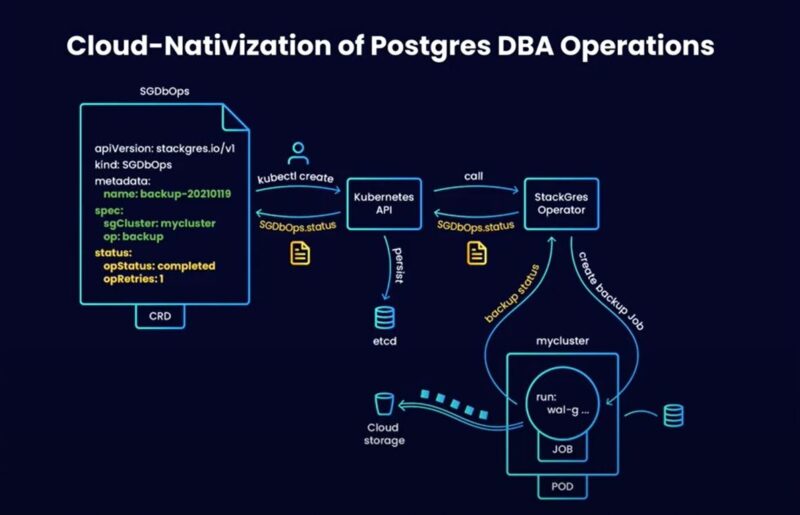 The get your hand on the Art of Post:

The Art of PostgresQL

To get involved with the Postgres community you can find them at: